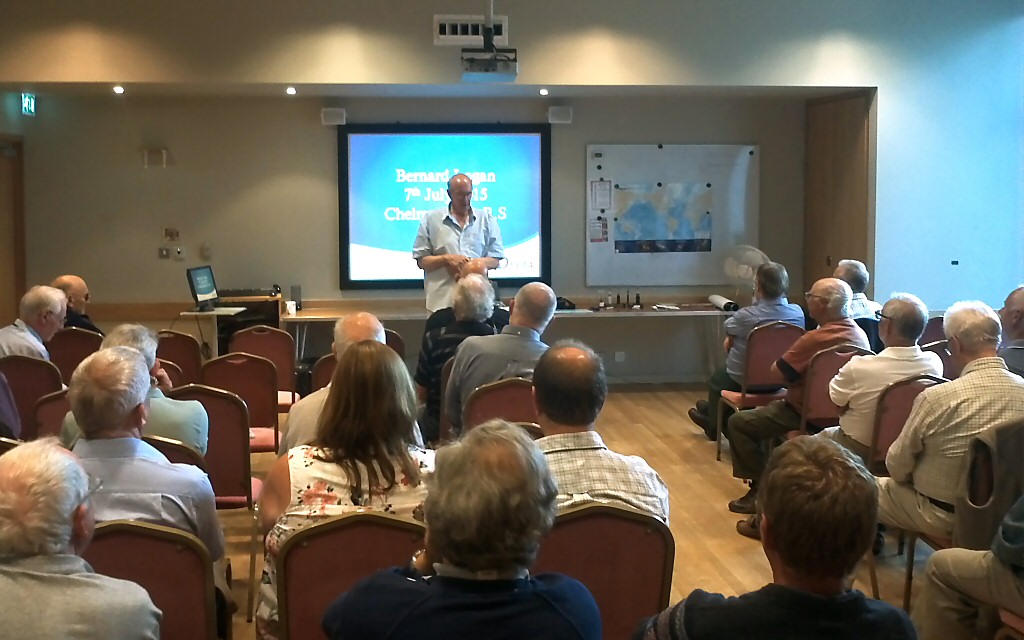 The first practical electric telegraph systems went into service in England in 1839 and in the United States in 1844. Only a few years later, by the late 1840s, enterprising promoters in Britain were proposing undersea cables across the English Channel to France. As the years went by, little by little cables spanned the world, very many starting at the Porthcurno cable station near Land’s End in Cornwall.

Having originally stated at Marconi in Great Baddow, our speaker, Bernard, used his 25+ years’ experience in subsea systems to give a fascinating and well illustrated talk… 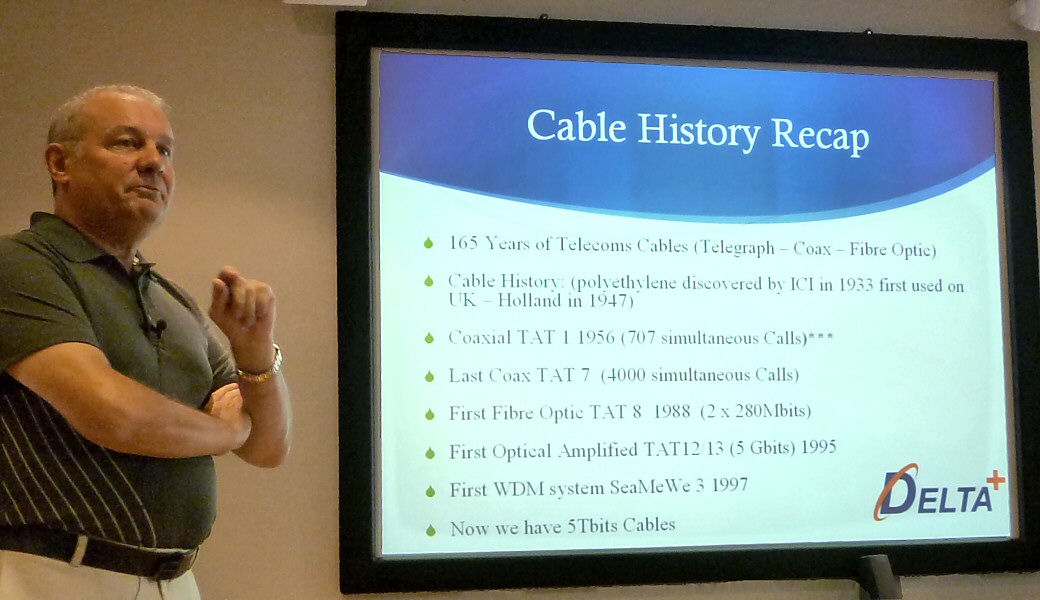 As usual, CARS guest speakers get a keep-sake – The CARS tea/coffee mug! 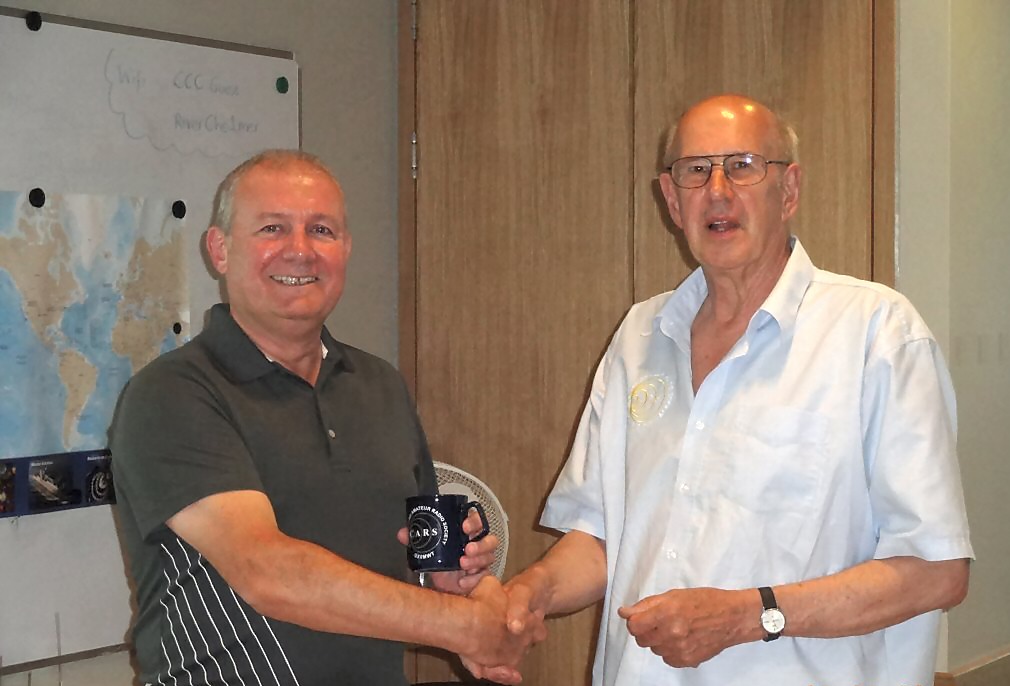 During the break an extra feature was Handheld Radio Programming by Charlie M0PZT. Afterwards CARS had its famous raffle, including a prize from Bernard
Many thanks Bernard for a great talk!